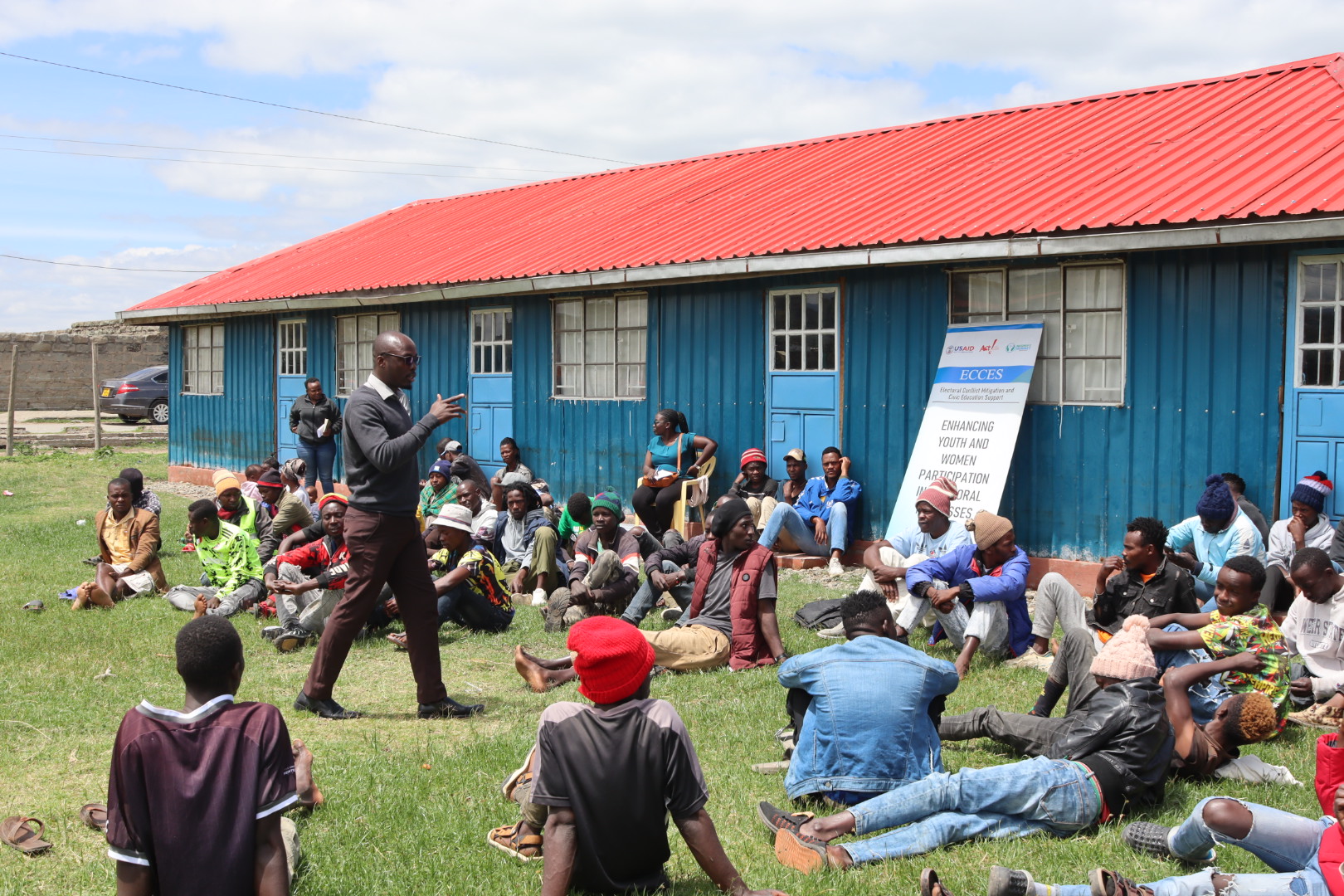 The ECCES program, funded by USAID through ACT! aimed to strengthen the resilience of vulnerable populations and environments in Nakuru County in preparation for the 2022 general elections. Implementation of the program during the electioneering year was structured to ensure that civil society, women, and youth successfully participate in democratic processes in the country during the August 9th general elections. To accomplish this, the program’s implementation focused on promoting voter/civic education and the implementation of local strategies to mitigate and respond to electoral violence.

Prioritizing pre-election challenges, institutional challenges facing political parties, and campaign challenges that had been ignored in previous elections, the program used community dialogue meetings ahead of the elections to provide different communities with spaces to address their discrepancies and point out early warning signs of election violence that would need to be addressed.

See how election violence victims and community leaders Mary Wanjiru and Joseph Lang’at became leaders in bringing peace and preventing violence in the region among the Kikuyu and Kalenjin communities, respectively on YouTube – Bringing peace to notorious Lusiru border through ACT!