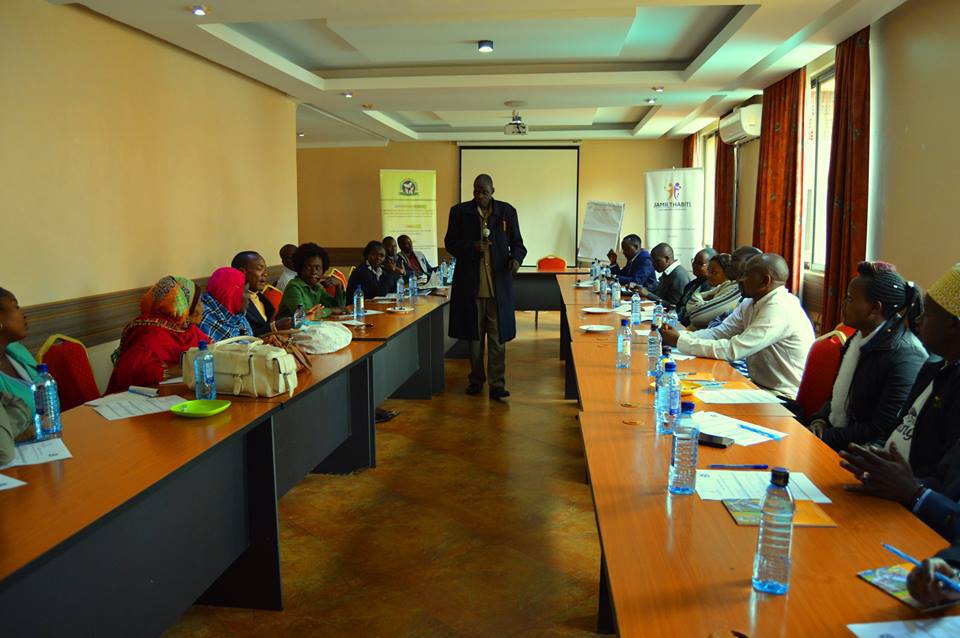 There has been increased reporting of crime in Nakuru since the inception of Community Policing Committees in Nakuru town and its environs.

Walter Mwania from Midrift Human Rights Network-a Nakuru based NGO that is spearheading urban crime prevention project in Nakuru in collaboration with Jamii Thabiti says through the increased reporting, the level of criminal activities has reduced in Nakuru.

This, he adds can also be attributed to the good working relation between the CPCs and the various police stations in Nakuru which include Nakuru Central,Kaptembwa,Elementaita and Naivasha.

“Through the good working relation between the CPCs and the police we have seen increased reporting of violence and criminal activities and that has also seen reduction in crime in Nakuru” he said.

He called on the public to continue working together with police in order to realize a crime-free society that can foster development.

Mr. Mwania who was speaking in Nakuru on Thursday during a forum that brought together CPC members, senior police officers and administrators said Midrift Hurinet has also continued to engage other stakeholders including bodaboda operators in ensuring a crime-free society.

“We call on the public to continue working with the police and CPCs in ensuring a crime-free society. As Midrift we have began engaging the bodaboda operators after it merged that some individuals are using the sector to commit crimes” he said.

This even as he revealed that there is now trust between the CPC members, Police and the public hence information sharing.

Similar sentiments echoed by Midrift CEO Mr. Joseph Omondi who said as an organization they have decided to incorporate the Chiefs, police and the Nyumba Kumi initiative to enable working environment.

Mr. Omondi added that to ensure the same, the CPC guideline booklet will be translated to Swahili to enable the CPC members understand their duties in the community.

While noting that the heart of community policing is the CPC, Mr. Omondi called on CPC members to have strategy of working with media in all their endeavors.

He also warned CPC members to ensure that they adhere to confidentiality which is Key as far as information from the public on crime is concerned.

The forum was also attended by Nakuru Central Police station OCPD Samuel Obara who called on the public to ensure information sharing on crime for action.