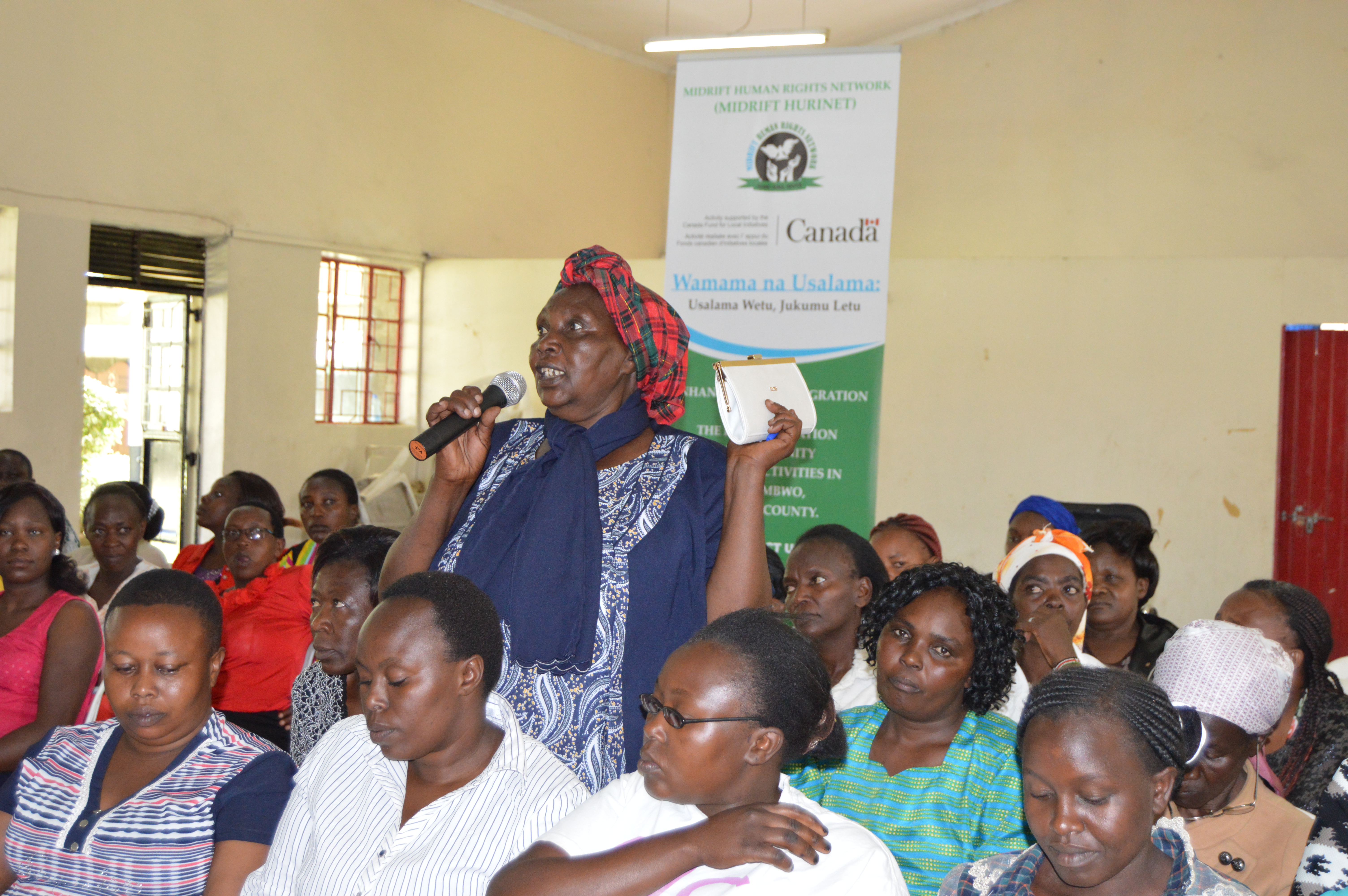 Women in Nakuru have been challenged to actively play a role in helping end the rampant cases of insecurity being reported especially within slum areas.

Speaking during a community policing forum in Kaptembwo Slums, Ms Jane Josiah from the Midr 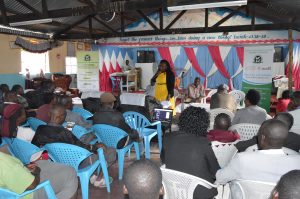 She noted that women bear the greatest consequences of insecurity and violence in the society hence they should be key players in combating the vice.

Survey research conducted by Mid-Rift Human Rights Network, Centre for Human Rights and Danish Institute Against Torture in 2017, showed that violent crime, including beatings, violent robbery/muggings, home invasions and mob violence, are commonly perpetrated by young men against men and women. The data attributes the persistence of these forms of crime in Kaptembwo to high levels of poverty and unemployment, idleness among young men and drugs substance abuse.

“Community Policing Committees (CPCs) are instrumental in addressing some of this violence in the community and thus it is hard for them to address security issues affecting women in the society when women are not part of the decision makers. Therefore, there is a need to embrace women participation in these CPCs by having more women as members.”

The organization has been pushing for the inclusion of more women in CPCs by enhancing their integration and participation in community security activities in Kaptembwo informal settlement through a program dubbed Wamama na Usalama that is supported through Canadian Fund for Local Initiatives (CFLI).

The project also aims to build the capacity of women to provide leadership and contribute to improving community safety and security in Kaptembwo.