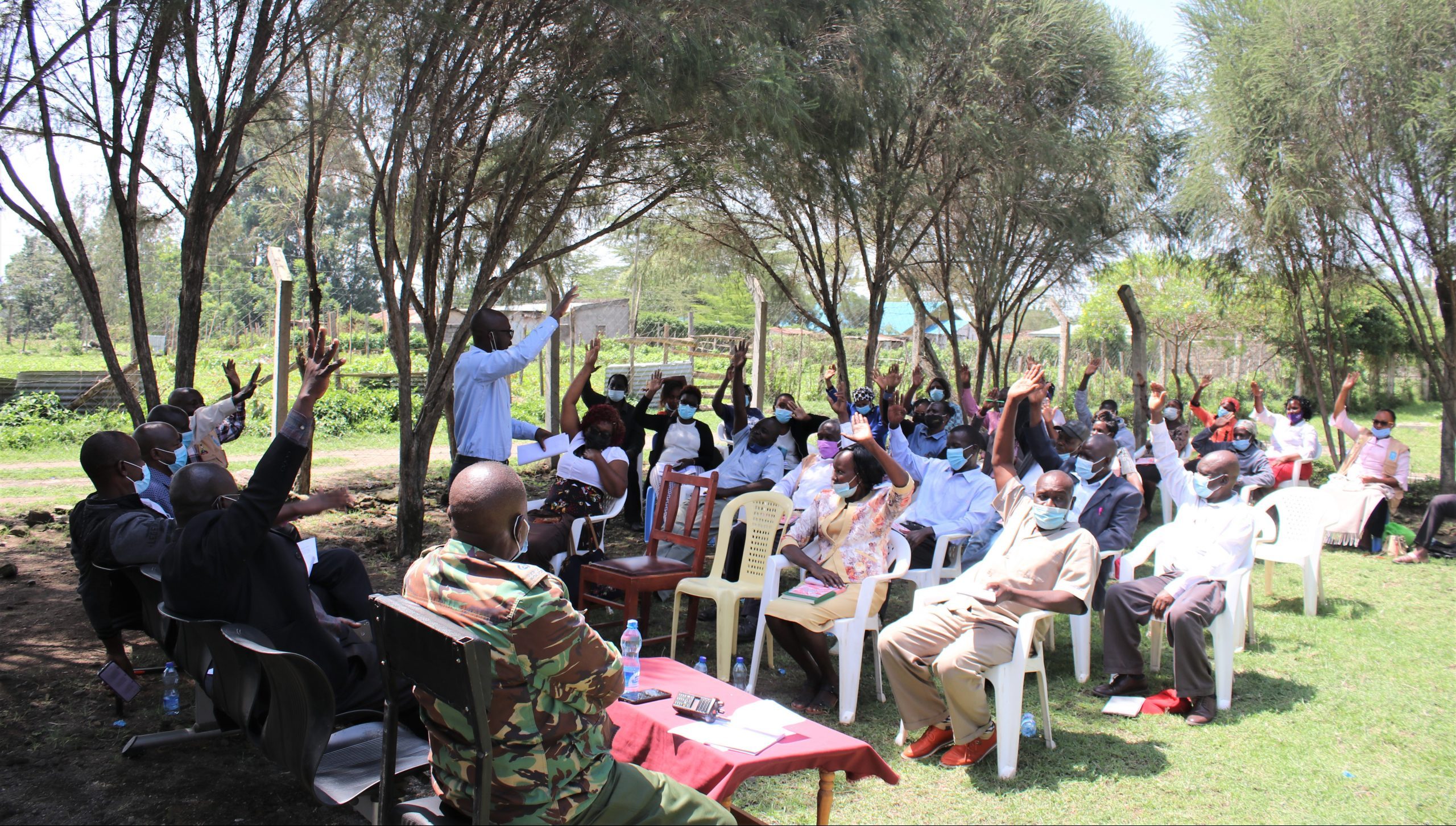 This is a timely intervention as the nation is preparing for the 2022 national general elections next year. The project advances the mitigation of election-related violence by creating a balance between deterrence and confidence-building based on the legal framework. It also predicts an improvement in safety, security, and peacebuilding around election times through coordination of activities by the multiple actors, identifying policy gaps, and encouraging respect and tolerance between all the players.

The program was flagged off on 19th April 2021 with an inception meeting dubbed County Commissioners’ Round Table Meeting. The meeting was graced by the Nakuru County Commissioner Mr. Erastus Mbui and a host of other key stakeholders drawn from National Government Administration offices (NGAO’s) and Nakuru County Security Intelligence Committee (CSIC). This was an orientation workshop to the peace and security stakeholders on the purpose, objectives, and interventions envisaged in the project as well as the rationale behind the project.

The inception workshop was then followed closely by 7 meetings of the Sub County Security Intelligence Committees (SCSIC) in all the 7 sub-counties mentioned above whose key role is ensuring there is peace and security at the sub-county level. The SCSIC team comprises of; the Deputy County Commissioners (DCC’s), Sub County Police Commanders (SCPC’s), Directorate of Criminal Investigations Officers (DCIO’s), the National Intelligence Service (NIS’s), and Critical Infrastructure Protection Unit officers (CIPU) in each of the targeted areas.

The SCSIC meeting sought to not only identify conflicts experienced in the 7 sub-counties that may be triggered by political incitements but also highlight situations that are most dire and requiring intervention prior to the elections. From the meetings, it came out that violence in Nakuru is mainly a result of Resource related conflict; – land issues, stock theft, and conflicts associated with resources at Lake Naivasha, Gender inequality, Differences in political affiliations, political incitements, and Cultural Practices.

In the solutions found, all the sub-counties leaders and peace actors prioritized political and incitements and the need to address it to prevent members of the public from being swayed into violence before, during, and after elections and/or referendum period as this is the main trigger of all forms of violence. This could be done through peace forums by the stakeholders to the community and the political leaders to create awareness on peace and its essential.

Key personalities among the youth, women, and elders were then targeted for a fourth-tier meeting known as Vikao Vya Usalama Mashinani held at local settings. The meeting was a platform for the participants to come together and find ways in which they can work together as a society, bringing the members on boards to aim for a common goal: peaceful elections and peaceful coexistence. The meeting also sought for the members present to come up with an early warning early response system that will rely on simple phone/SMS technology coordinated by SCSIC as well as integrate a network of “village watch units”. Local leaders and the member of the public gave their commitment to ensuring that violence before, during, and after the elections does not happen. Peace and cohesion messages disseminated before, during, and after the elections were formulated, with clearly outlined strategies and measures, the project embraces a broader view of sustainability for the nearer and long-term future.